# 3. The central role of women software engineers in Chaos Theory 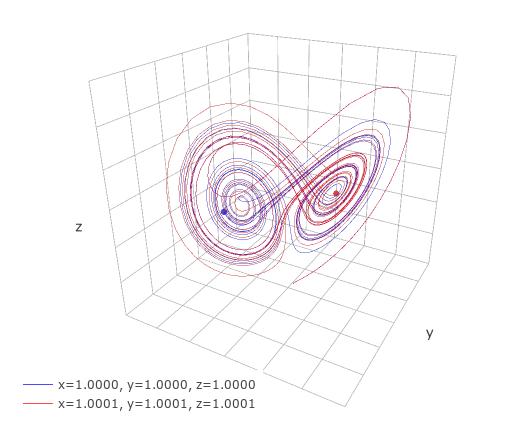 The story behind this discovery is well-known. For each weather simulation, Lorenz was printing the evolution of each parameter over time. But while theses parameters where used by the computer with a 6-digits precision, they were only printed out with 3-digits. When Lorenz tried to rerun a previous simulation from the printed data, something strange happened. Not only the very small changes in the initial parameters lead to a completely different result, but these results, once visualized, seemed attracted around some shape, latter called strange attractors. The discovery has been published in the famous Deterministic Nonperiodic Flow paper. It's also the origin of the butterfly effect, even if it was originally sea gull wings:

One meteorologist remarked that if the theory were correct, one flap of a sea gull's wings would be enough to alter the course of the weather forever. The controversy has not yet been settled, but the most recent evidence seems to favor the sea gulls. Edward N. Lorenz
The predicatability of hydrodynamic flow, 1963

Recently, Quantamagazine has uncovered a lesser known side of this story. Lorenz didn't work alone on the weather simulations. Two women were successively hired to program and run these simulations on a LGP-30 computer: Ellen Fetter and Margaret Hamilton. And at that time, scientific programming was not just copy/pasting python code from StackOverflow 😄 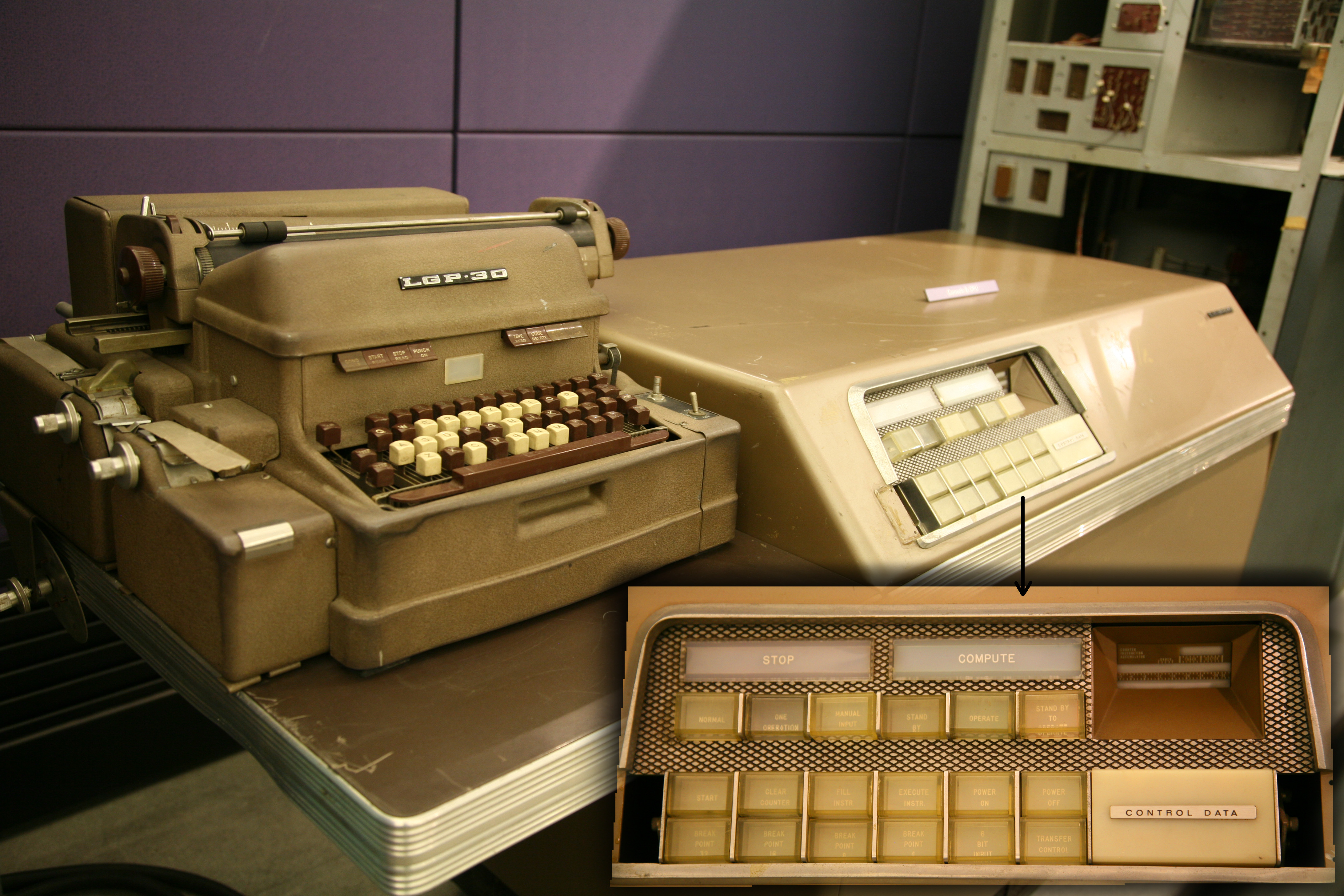 The Royal McBee LGP-30 used to run the simulations [1]

Another time, frustrated by all the things that had to be done to make another run after fixing an error, she devised a way to bypass the computer’s clunky debugging process. To Lorenz’s delight, Hamilton would take the paper tape that fed the machine, roll it out the length of the hallway, and edit the binary code with a sharp pencil. “I’d poke holes for ones, and I’d cover up with Scotch tape the others,” she said. “He just got a kick out of it.” The Hidden Heroines of Chaos, Quantamagazine, 2018

And yes, it's the same Margaret Hamilton that got a NASA Space Act Award (and her LEGO figurine in Women of NASA) for the critical role played by it's priority alarm displays in the Apollo 11 moon landing. She's even considered one of the person to have come up with the term « software engineering »: 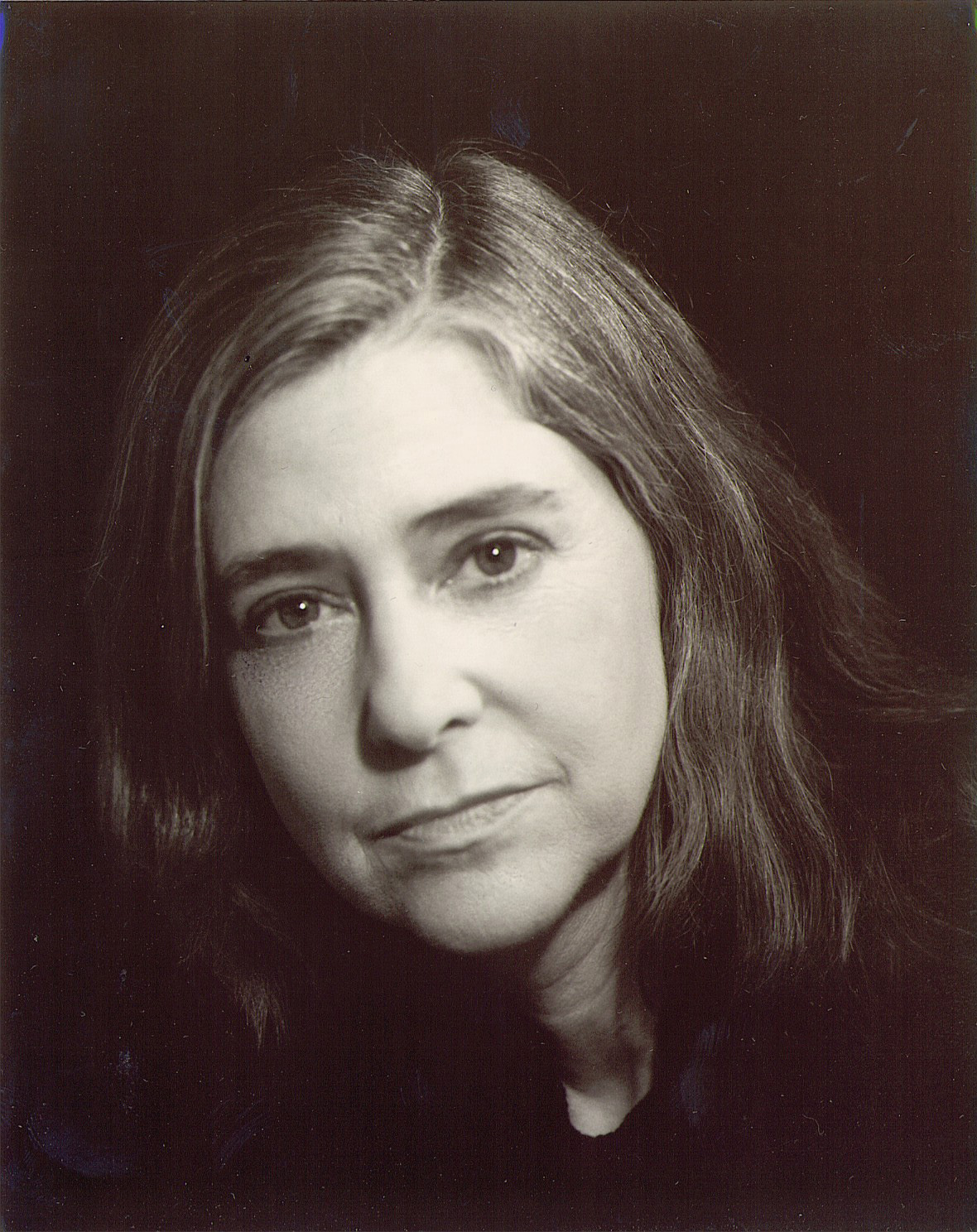 When I first came up with the term, no one had heard of it before, at least in our world. It was an ongoing joke for a long time. They liked to kid me about my radical ideas. It was a memorable day when one of the most respected hardware gurus explained to everyone in a meeting that he agreed with me that the process of building software should also be considered an engineering discipline, just like with hardware. Not because of his acceptance of the new 'term' per se, but because we had earned his and the acceptance of the others in the room as being in an engineering field in its own right. Snyder, Lawrence and Henry, Ray Laura
Fluency7 with Information Technology